The Arsenal Football Development Camps are for young soccer players and Arsenal FC fans from 9-17 years old (boys and girls) of all skill levels.

Download some information about this program and read it at anytime.

The Arsenal Football Development Camps are designed for young soccer players of all skill levels and especially for Arsenal FC fans.

Soccer education at the Arsenal Football Development Camps goes beyond improving technique and game intelligence. Participants also work on their physical conditioning and learn about important subjects like proper nutrition and sport psychology during their stay.

Participants in the Arsenal Football Development Camps also have the option to take ESL classes (English as a Second Language) to accompany their training.

A soccer program complete with ESL classes (English as a second language) for young international soccer players and Arsenal FC fans from 9-17 years old (boys and girls) of all levels.

A program featuring around 30 weekly hours of soccer training/education for young soccer players and Arsenal FC fans from 9-17 years old (boys and girls) of all levels - Without English classes.

The program is available in two modalities, the intensive, which has 30 hours of training per week or the soccer with English program which includes 15 hours of soccer and 15 hours of language classes.

Arsenal Football Club is one of the most successful clubs in England. Their impressive track record includes 13 Football League and Premier League championships, 13 FA Cups, 2 League Cups and one UEFA Cup Winners Cup trophy, as well as dozens of other minor and regional trophies.They also hold the record for being the only Premier League champion to have remained unbeaten for an entire season (2003-2004).

The club also has an impressive budget and fanbase. In fact, they’re the ninth-highest earning football club in the world, and they’ve got the fifth largest fanbase. Each year, hundreds of young Arsenal FC fans travel from all around the world to the club’s summer soccer camps to learn to play the Arsenal way. 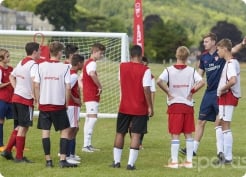 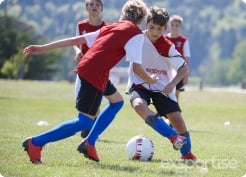 Soccer training at the Arsenal Football Development camps is designed for boys and girls from 9-17 years old of all skill levels. Coaches assess the participants’ skills during the first few days of camp. Then, they sort the players into small groups of ten according to their age and skill level. This way, campers are sure to participate in drills and activities specific to their ability.

The primary objective of Arsenal Football Development Camps is to teach participants to play The Arsenal Way. In fact, training curriculum is designed by the Arsenal Development Lead Coach which means participants learn according to the same curriculum as Arsenal FC’s official youth team. That being said, the camp considers fun a top priority, which means the soccer training sessions can best be described as light and entertaining.

Participants work on technical and tactical aspects of their game according to Arsenal FC’s methodology and philosophy. Some technical aspects they work on include passing, dribbling, shooting, and headers. Tactical skills include teamwork and communication, spatial awareness, vision, and field coverage, and the ability to adapt to different situations.

Participants at the Arsenal Football Development Camps also get the opportunity to participate in friendly soccer matches so they can put into practice what they learn during their training sessions. 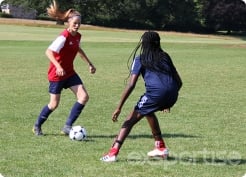 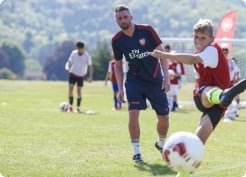 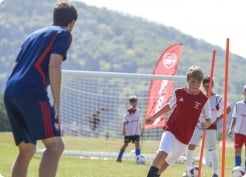 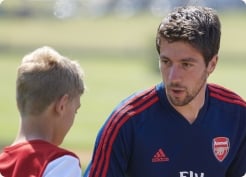 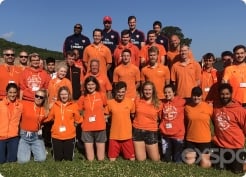 Coaches at the Arsenal Football Development Camps are official Arsenal FC coaches trained to teach young soccer players to play The Arsenal Way. Coaches have a variety of experience and experience levels. Many coaches at the Arsenal Football Development Camps hold some of the most prestigious coaching licenses in Europe - The UEFA A, UEFA B, UEFA Pro. Coaches also have extensive experience coaching youth soccer. Many are or have been coaches for Arsenal FC’s youth academy or other Premier League Club Academies. 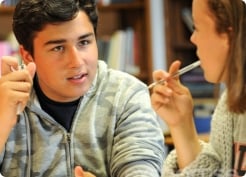 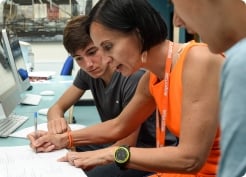 The Arsenal Football Development Camps provide the perfect opportunity for international students to experience English language immersion. Not only do they attend all training sessions in English and communicate with all coaches and camp monitors in English, but they also have the opportunity to take English classes during their stay.

Students in the Standard Program with ESL classes take English classes for three hours a day from Monday to Friday. The camp offers classes from A1 to C1 following the Common European Framework of Reference. Students are also awarded a certificate of completion at the end of camp that indicates the level of English they’ve achieved during their stay.

*For an additional fee, participants have the opportunity to complete the Cambridge English Assessment and will receive an official certificate.

The following schedule demonstrates a typical day at camp. The exact camp schedule will most likely vary from day to day.

For students in the Arsenal Football Development Camps with English program, students only train for half of the day (morning or afternoon). They spend the other half of the day in English classes. During the afternoon hours, students participate in a variety of activities prepared by the camp. 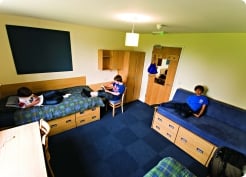 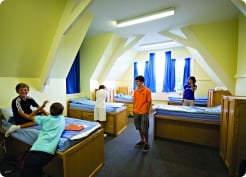 While each venue offers the summer camp participants a slightly different experience, accommodation arrangements and amenities are quite similar. Students are typically placed in double, triple, or quadruple rooms, which means rooms are shared among two, three, or four students. Students sleep in single/twin beds. Bathrooms and showers are located down the hall and are shared among four to six students.

These venues also accommodate students participating in summer camps for other sports and activities like tennis, rugby, theater, horseback riding, etc. Participants in the Arsenal Football Development Camps get the opportunity to meet students in other programs. During the afternoon hours, they share the colleges’ additional facilities (tennis courts, volleyball courts, swimming pools, Ping-Pong and foosball tables, etc.) and participate in various activities.

Lastly, the summer camp participants are well-cared-for during their stay. The monitor to student ratio is one to four which means monitors are able to offer more individualized attention to the campers.

The Arsenal Football Development Camps are known to be safe programs, especially for their locations/venues and their individualized staff attention, the ratio of monitors to participants is 1:4. All three campuses are located in small, quiet towns. Better yet, students don’t have to leave campus for any reason. The student residence, training facilities, dining hall, and any other facilities they might need are all located right on campus.

Staff attention is another important component of safety for participants in summer camp programs. The Arsenal Football Development Camps are known to employ many camp monitors and coaches so they can always attend to their students in small groups.

The official rate of this camp is determined in POUNDS, so the final amount in EUROS may vary slightly due to the fluctuation of both currencies.

This 2022 make your reservation more easily and with less risk

*Special conditions valid for all 2022 summer camp reservations except for the Barça USA camp, which will follow the general terms and conditions.

Location, safety, and staff attention are some of the camp’s greatest highlights. Students are well-cared-for during their stay and receive ample staff attention to make sure all of their needs are met. For more information about this program, please contact Ertheo.

This camp is for you if

This camp is NOT for you if 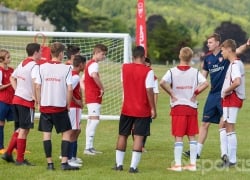 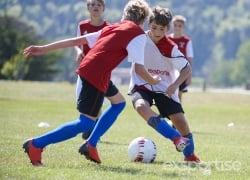 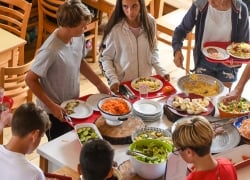 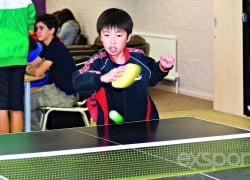 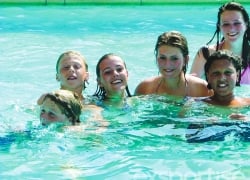 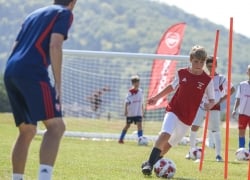 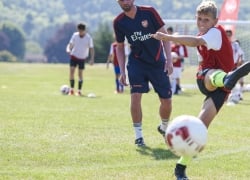 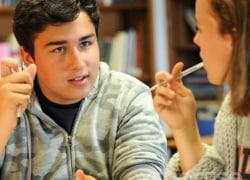 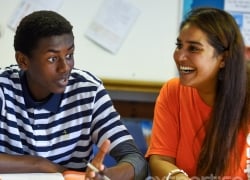 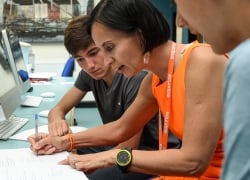 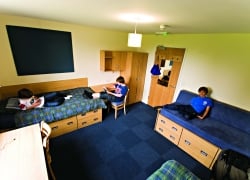 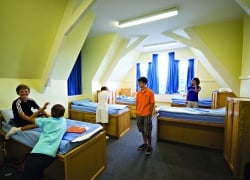