How Does The Spanish Football League System Work? 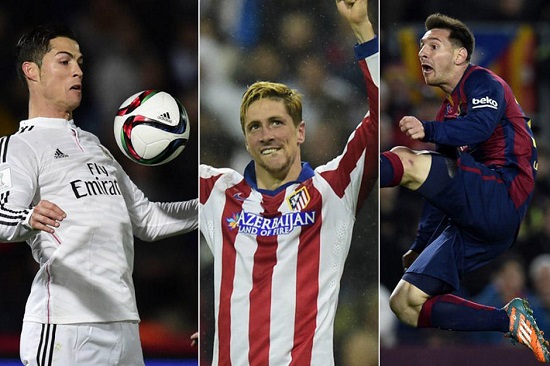 Football fans from England are used to the fairly simple relegation and play-off system that exists across the top four tiers of the football league. But when it comes to understanding the Spanish football league system, things can get a bit more complicated.

This is because the third and fourth tiers of Spanish football feature over 440 teams and are divided into many regional groups. As a result, the play-off systems for promotion (Promocion de Ascenso) and relegation (Permanencia) for the Segunda B (third tier) and Tercera Division (fourth tier) are complex to say the least.

So here is a brief guide to the Spanish football league system for anyone keen to make sense of it all.

Are you paying attention?

The relegation system from the top flight is simple with the bottom three clubs automatically being relegated the second division.

Do you want to know our spanish soccer camps?

The top two teams from the second tier are automatically promoted to La Liga. The teams that finish between third and sixth take part in a play-off system similar to that in the English Championship.

The bottom four teams are automatically relegated to Segunda B.

The third tier of Spanish football League System is known as the Segunda B Division and is divided into four groups. The four winning teams from each group enter the play-offs and are drawn into two semi-final matches. The two winners of the two-legged ties are promoted to the Segunda Division and also play each other in a final for the title of overall champions.

The two losing teams still have a chance to get promoted as they drop into the second stage of the next play-off rounds – with the second, third and fourth place teams – to battle for the two remaining promotion places.

The six winners of these games will advance to the next play-off round where they are joined by the two losing teams from the group winner semi-finals. The eight teams are then drawn against each other to create four two-legged matches with the lower-ranked club playing at home first.

The four winning teams are then drawn into two further two-legged ties and the two winners are then promoted to the Segunda Division along with the already-promoted group winners mentioned earlier.

The fourth tier of Spanish football is known as the Tercera Division. The bottom four clubs from each of the four Segunda B groups (16 teams in total) are relegated automatically and the four teams that finish 16th are drawn into two play-off matches with the two losers also being relegated. This creates a total of 18 promotion places available to the teams in the Tercera Division.

The Tercera Division is divided into 18 groups. The Tercera play-offs follow a similar format to that of the Segunda B but with 18 group winners creating nine two-legged play-off semi-final matches, the winners of which go directly to Segunda B.

The nine losing teams still have a chance to get promoted as they drop into the second stage of the next play-off rounds – with the second, third and fourth-place teams – to battle for the nine remaining promotion places.

The 27 winners will advance to the next round where they are joined by the nine losing group winner semi-finalists. The 36 teams are then drawn against each other to create 18 two-legged matches with the lower-ranked club playing at home first.

The 18 winning teams are then drawn into nine further two-legged ties and the nine winners are then promoted to the Segunda B division.

If you love the Spanish Football you can live a great experience in one of our soccer camps. FC Barcelona summer camp, Real Madrid Football Experience and more, you can choose from several cities in Spain.

If a reserve team qualifies for promotion to a league in which its first team is already playing, the play-off place is transferred to the next team in the league table. Similarly, if a first team is relegated to a division in which its B-team is already playing, the B- team is automatically relegated down a division, sparing the team that finished fourth from bottom.

If you enjoyed our guide to the Spanish Football League System, please share on social media using the links below!